Finally, ‘Fixer Upper’ Is Back! Watch Chip and Jo Tackle One Hot Mess of a House 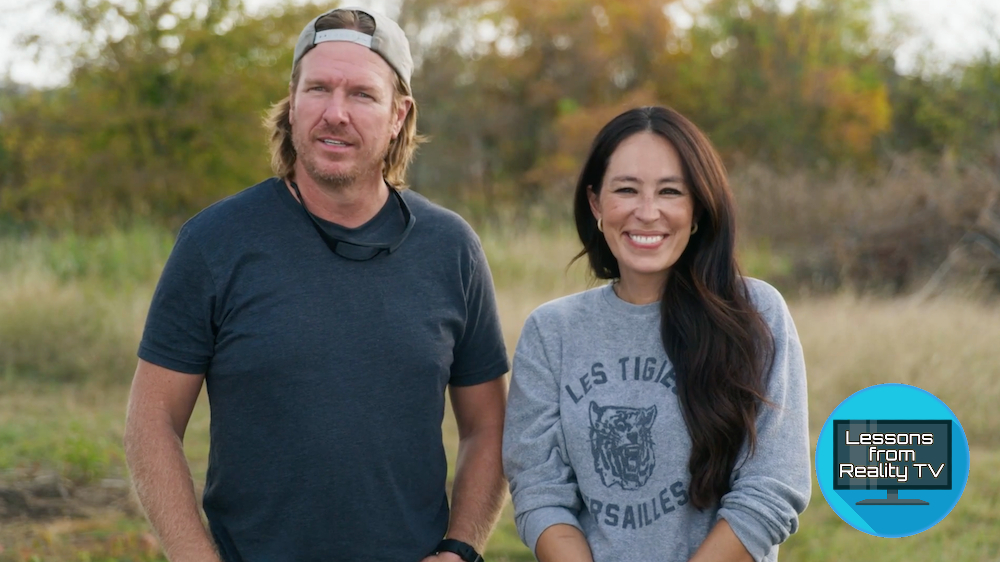 At long last, Chip and Joanna Gaines and their smash hit show “Fixer Upper” have returned, although with some changes. For one, the show is now called “Fixer Upper: Welcome Home”âand the season premiere has them faced with renovating the messiest house we’ve ever seen them tackle.

In the episode “A Neglected Home for Newlyweds,” Chip and Jo meet Laney and Lucas, an engaged couple in Waco, TX, who have bought a house filled, quite literally, with trash. The Gaineses will need to work hard to give the couple the honeymoon home they deserve, and have a $150,000 renovation budget to do it.

Here’s how they whip this wreck of a house into shape, which suggests that this season of “Fixer Upper” will be filled with surprises and inspiration galore.

Use indoor windows for a creative way to open up sightlines

The house includes a large front room, which Lucas plans to use as an office.

While workspaces are normally private, Jo and Chip want to open up this space and improve the home’s sightlines. So they install industrial windows into the office that look into the kitchen and living room.

While some designers might have busted down the office walls to give the whole house an open layout, these windows are a creative alternative to demolition.They make the office feel less isolated while still giving Lucas the quiet and privacy he’ll need when working.

When the room is finished, Joanna is happy with not only the function, but also the clean, industrial design.

“The industrial window looks amazing, and I think the idea of trying to bring in a little bit of that industrial feel to this, really kind of modern, minimal space, feels really unique,â Joanna says.

When Chip and Jo first see Lucas and Laney’s new house, they’re not only shocked by the mess, they’re also disappointed by the old-fashioned design.

The living room is especially dated, with a fireplace that desperately needs a refresh. Jo plans to update the feature with a sleek, dark stone that’s perfect for Laney’s industrial tastes.

Yet instead of keeping the slab looking plain and minimalist, Laney makes a change to Jo’s design, requesting a cubby for wood storage. This doesn’t necessarily go with the industrial look Jo planned for, but this designer is willing to make a change. In the end, the wood ends up making the fireplace look even cozier than before.

Centered windows give a room balance

Chip and Jo want to give this young couple a cozy dining space, so they design a built-in banquette with midcentury modern charm. However, in the middle of renovation, they realize that the window isn’t centered on the wall, making the space feel awkward.

They know that the wonky window will make the new table look strange, so they put in the extra effort to move the window. They finish the room with the banquette, a midcentury-inspired light fixture, and a beautiful wood table. The furnishings look great and they’re all perfectly centeredâgiving the room a balanced look.

When the dining space is finished, Joanna explains that the new window placement makes the space feel so much bigger.

“This window is really close to this door here, and everything was, like, shoved this way, so we had to center your window,” she says. “Now, I feel like the space was really tiny, but now youâve got space.â

Use wood paneling as an accent wall

Laney loves simple, Scandinavian looks, but also digs midcentury modern style. So for the bedroom, Joanna installs a feature wall that works for both styles.

“I like the idea of this really cool focal wall, really minimal but highly textural,â Joanna says.

She uses vertical wood paneling, which are reminiscent of paneling from midcentury homes, while choosing a light color and a simple black handle for the hidden bathroom door, which is in line with Scandinavian design.

The feature wall ends up looking gorgeous. It brings so much style to the room while seeming versatile enough to work with almost any style.

Dark colors in the bathroom add a moody vibe

Laney says she likes dark tones, so Joanna wants to give Lucas and Laney’s master bathroom a moody makeover in dark green. She chooses a deep green paint color, then pairs it with green tile and wood vanities, and lightens it all up with light floors and counters.

When the room is painted and nearly finished, it looks great, but Joanna isn’t satisfied with the ceiling.

“When I walked into the bathroom, I really love whatâs going on with all the textures and the pattern and the colors. Then when I look up, when I see the white ceiling, itâs almost like we stopped,” Joanna says. “The ceilings are kind of cut in a weird angle, and I donât want to highlight that.”

So she has the ceiling painted dark green to match the walls.

While Chip is concerned this will make the space feel too dark, once the room is finished, it’s clear that painting was the right choice. The darker ceiling gives the space a cozy but glamorous feel that highlights the beautiful tiles and clean, white bathtub.

The post Finally, ‘Fixer Upper’ Is Back! Watch Chip and Jo Tackle One Hot Mess of a House appeared first on Real Estate News & Insights | realtor.comÂ®.